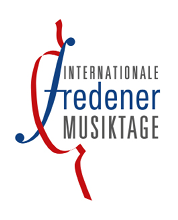 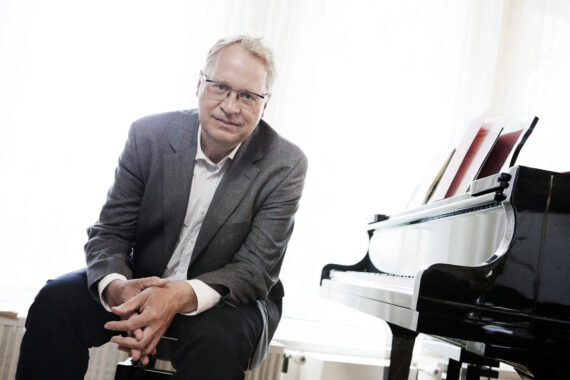 Andreas N. Tarkmann, born in Hanover in 1956, received his first musical training in the Hanover Boys’ Choir, was initially trained as an oboist and is today considered one of the most creative arrangers of instrumental and vocal music. In addition, Tarkmann is successful as a versatile composer in a wide variety of musical genres.

As an arranger, Tarkmann has been commissioned by internationally renowned ensembles (such as the Scharoun Ensemble, the Linos Ensemble, hr-brass and the brass section of the Berlin Philharmonic) as well as domestic and foreign radio stations to write numerous wind and harmony music versions, which have since found their way into the repertoire of other renowned orchestras worldwide. He has arranged works by Mozart, Smetana, Mendelssohn, Tchaikovsky, Mussorgsky and Prokofiev, among others. His harmony music of Mendelssohn’s “A Midsummer Night’s Dream” won the “Echo-Klassik” in the recording of the wind soloists of the Deutsche Kammerphilharmonie in 1998. Many more of Tarkmann’s arrangements are also available on CD, including productions with Placido Domingo, Jonas Kaufmann, Anna Netrebko, Elina Garanca, Albrecht Mayer, James Galway and Sharon Kam. The clarinettist Sabine Meyer recorded the cadenzas and ornaments written by Tarkmann for the clarinet concertos by Carl and Johann Stamitz in a recording that also won the “Echo-Klassik”. Recent CD releases include a chamber version of Alban Berg’s Violin Concerto, Lortzing harmony music and reconstructed clarinet concertos by Vivaldi for Martin Fröst. Another speciality of Andreas N. Tarkmann are reconstructions or instrumentations of incompletely surviving works such as Julius Rietz’s Concert Piece for Wind Quintet and Orchestra, the cantata “The Division of the Earth” attributed to Joseph Haydn and the “Composizione da camera” by Giuseppe Verdi.

In 2013, Andreas N. Tarkmann was the winner of the renowned ECHO classical music award: the recording of “Na warte, sagte Schwarte” and “Die verlorene Melodie” was awarded the “Klassik für Kinder” prize. The LEOPOLD 2019 media prize was awarded to the CD with Tarkmann’s compositions “Dwarf Nose” and “The Cold Heart”.

From 2000 – 2016, Andreas N. Tarkmann taught instrumentation and arrangement at the Mannheim University of Music, where he was appointed professor in 2007.

Until 2019, Tarkmann also taught instrumentation at the Musicological Institute of the University of Tübingen. He is also the author of specialist books: “Arrangieren für Kammerensemble” (Staccato-Verlag 2010), “Praktische Instrumentenkunde” (Bärenreiter 2018). 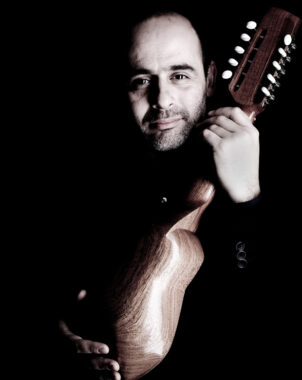 PROJECTS | CONCERT TOURS
2018 Japan tour and recordings with Japanese musicians in Tokyo, Yokohama,Hiroshima
2018 Festival/ 2019 Concert series Tonspuren of the Composition Initiative Kassel
Concerts with own works including string quartet
2018 Recordings of own arrangements and works with the Hába Quartett
2019 Tour festival “Guitaras del Mundo”, Argentina
Since 2020 Direction of the “five o’clock concerts in the fresh air” at green venues in Kassel
2020 Miniatures for Charango, film documentary
2021 Miniatures XXL, compositions for Charango and string quintet, film documentation

– – – –
Diego Jascalevich, born in Argentina, has lived as a musician and composer in Kassel since 1995. Here he studied composition at the Kassel Music Academy with Dr. Diego H. Feinstein.

In his compositions, the musical border crosser Jascalevich combines traditional elements with modern, classical sound language and excursions into jazz.

As an instrumentalist, he has been attracting attention with his instrument, the charango, since his youth – he has long been considered an innovator of the playing technique of the small double-stringed guitar and masters it with striking virtuosity and joy of playing. Engagements have taken him through Europe, South America, Japan, Russia and the USA. Numerous CD productions with renowned musicians document the artist’s versatility.

In Kassel’s musical landscape, Diego Jascalevich has repeatedly set exciting accents: Not only his busy concert schedule, but also and especially projects with international musicians from a wide variety of nations have impressed his audiences time and again.